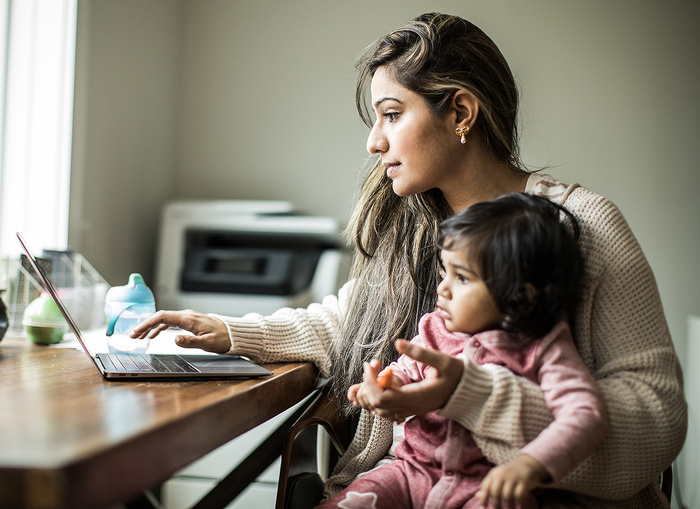 The perception that we’re in the midst of a “she-cession” — in which women have lost jobs at a higher rate than men — has not been borne out. And this winter, more mothers have returned to paid work, bringing them closer to the employment levels of fathers, a new analysis of census data shows.